WHAT COMMON TOXINS ARE HIDING IN YOUR PRODUCTS? - Regenera Medical 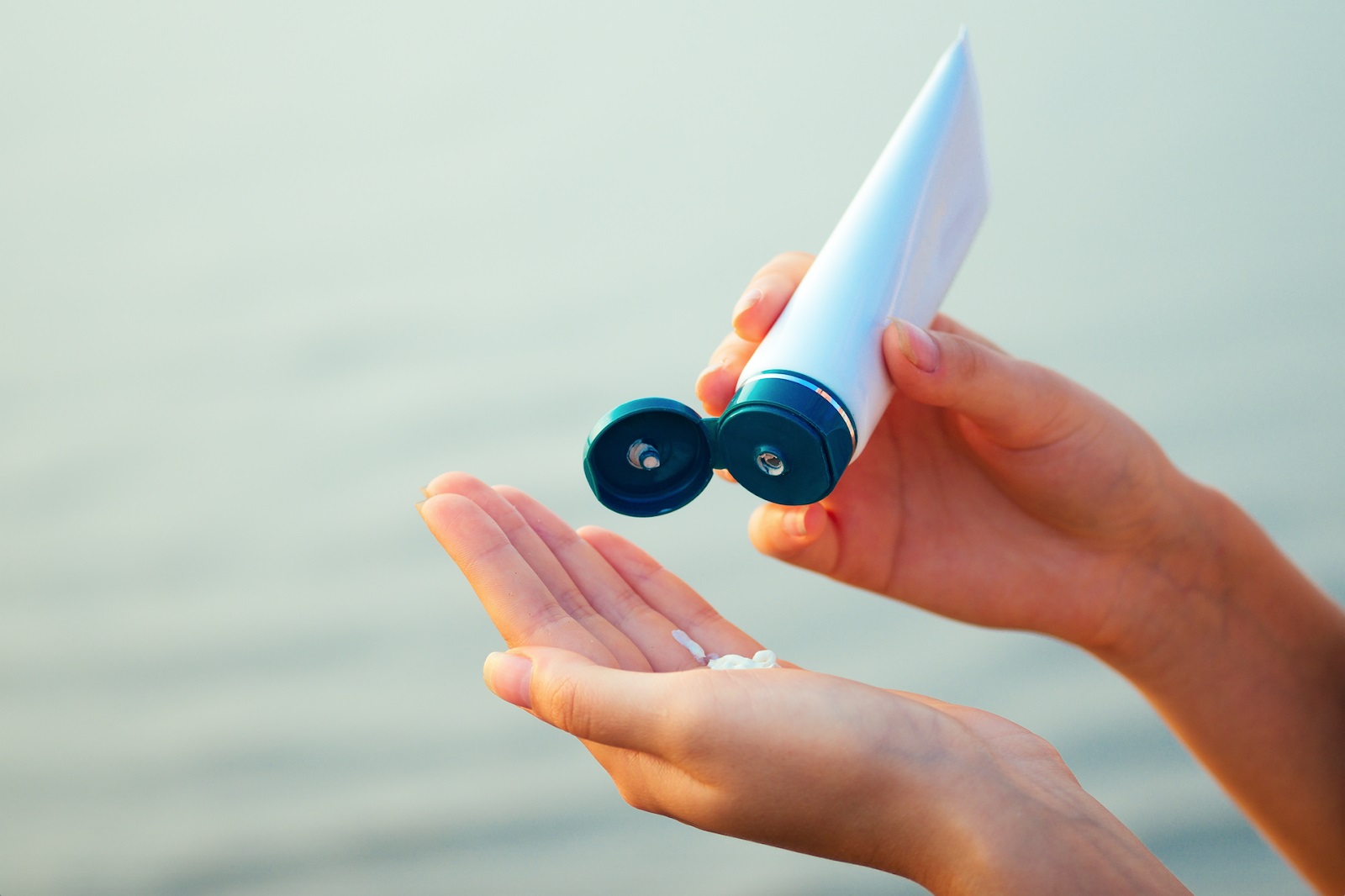 Before you lather on the sunscreen and go to the beach, it’s important to know that most sunscreens contain toxic chemicals.

A study conducted by the Environmental Working Group found that out of 1,500 sunscreens on the market 75% contained hormone-disrupting and skin-irritating chemicals and did not effectively protect against the sun’s damaging rays. 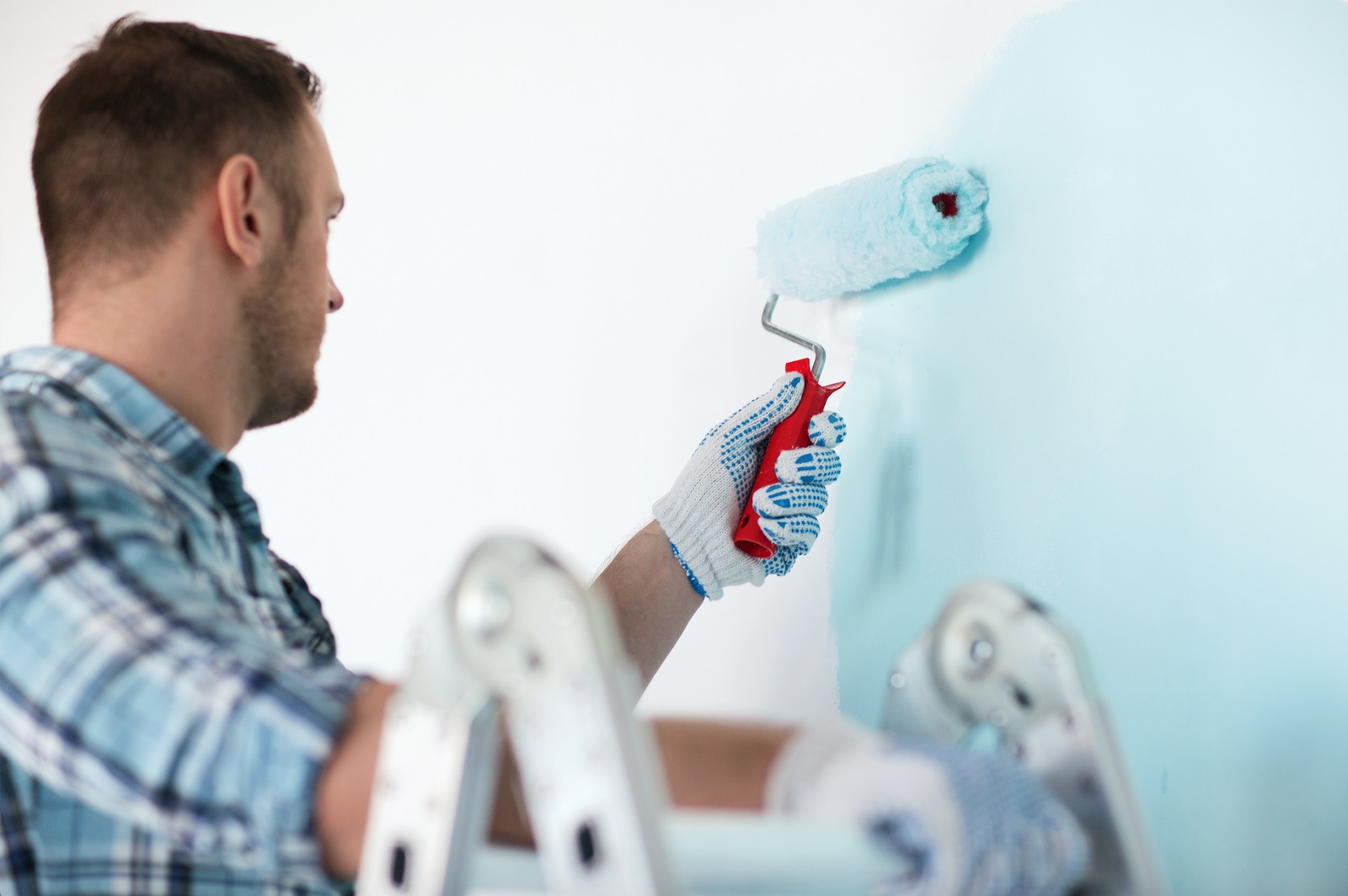 It’s always nice to freshen up a room with a new coat of paint. Unfortunately, some paints contain Volatile Organic Compounds (VOC) – which after prolonged exposure,

can cause liver and kidney damage. Ask for low VOC paint. 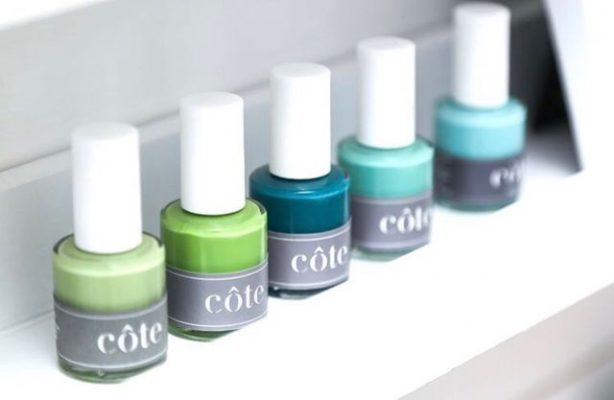 Before you head out for a weekend mani-pedi at your favorite local nail salon, to avoid being exposed to toxic chemicals both in the salon and on your nails, we recommend trying Côte Shop.

The National Toxicology Program reports that many nail polishes contain cancer-causing agents, such as BHA, and the “toxic trio” of dibutyl phthalate, toluene and formaldehyde. This trio causes cancer, disrupts the production of hormones, causes kidney and liver failure (when ingested) and affects the nervous system – resulting in drowsiness and respiratory tract irritation.

Côte Shop has a  line of in-house natural nail polishes, all made cruelty free with the highest quality vegan products to produce the safest toxin-free nail polish available. 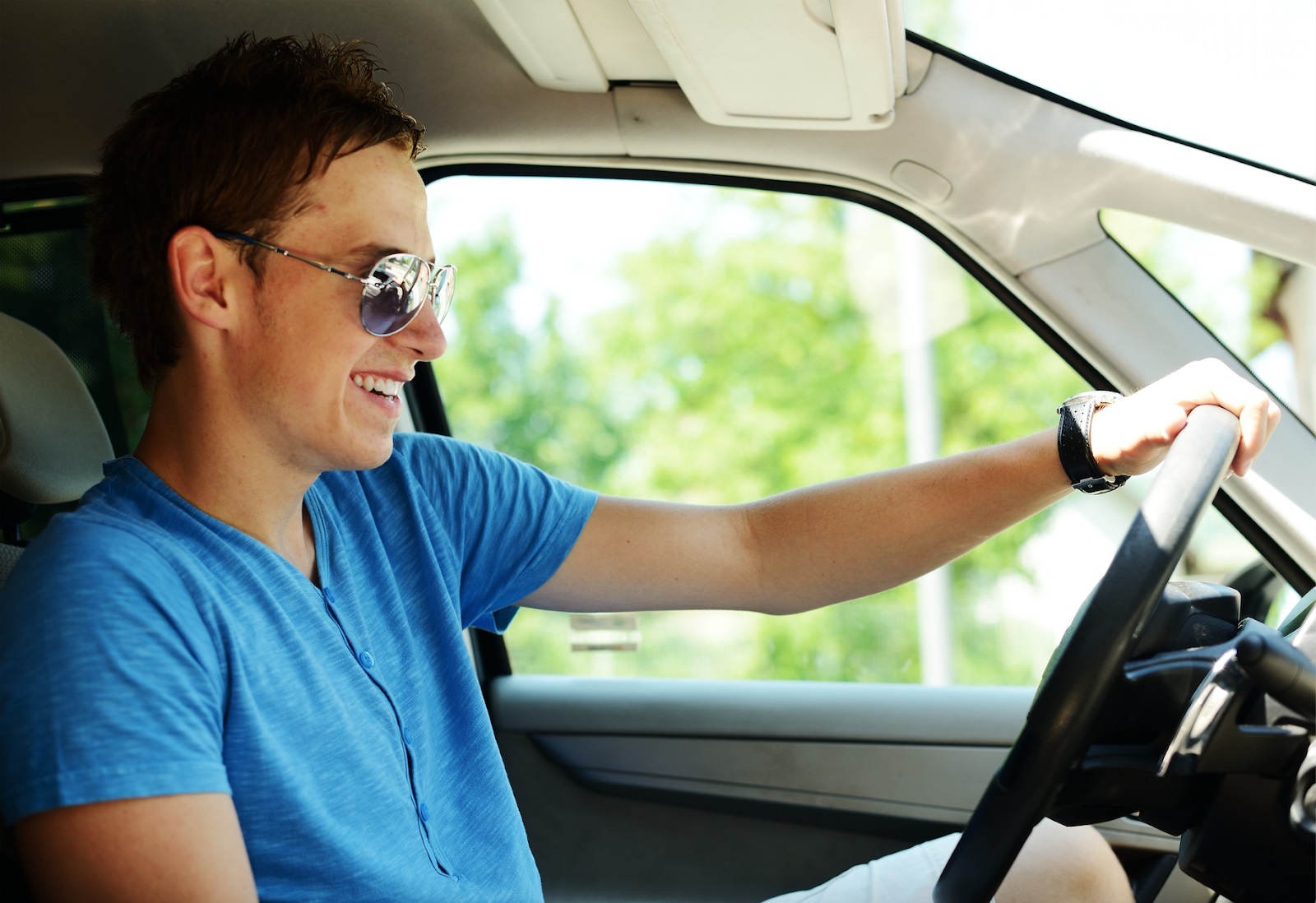 Everyone loves that new car smell, but it can be hazardous to your health.

The smell comes from a chemical called phthalates, found in synthetic leather and vinyl, which can harm a woman’s reproductive organs and result in their male offspring having abnormal  genital development. 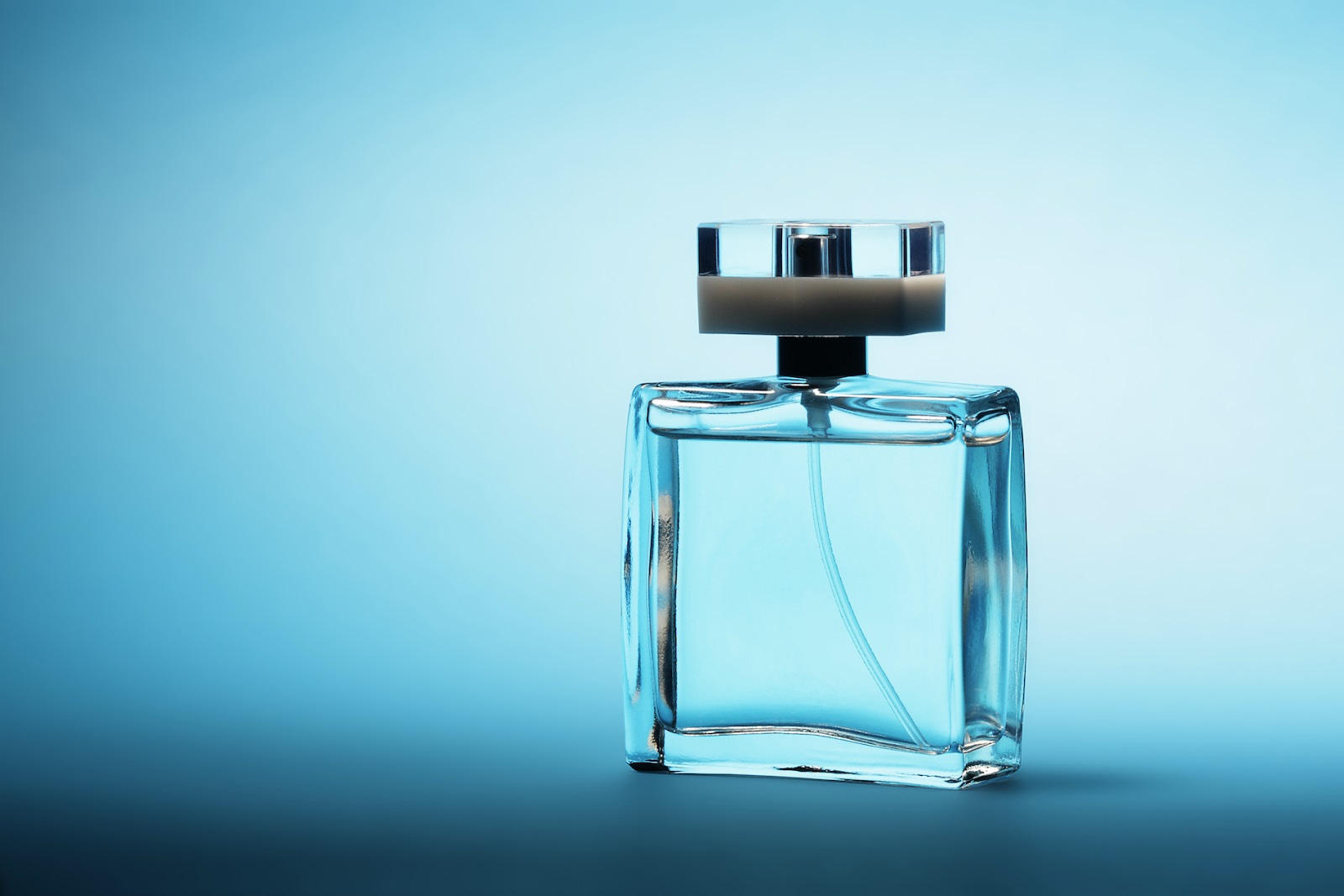 Before you put on your favorite perfume, be aware that most high-end retailers aren’t telling you the whole truth of what’s in that bottle.

Laboratory test commissioned by the Campaign for Safe Cosmetics found that most name-brands left out 14 chemicals from the label, on average. These chemicals cause hormone disruption, reproductive problems and cancer, in some cases.

The team at Regenera Medical recommends Red Flower NY’s organic perfume or any of the many offerings at Intelligent Nutrient’s. To find more toxin free products, check out the Think Dirty app. 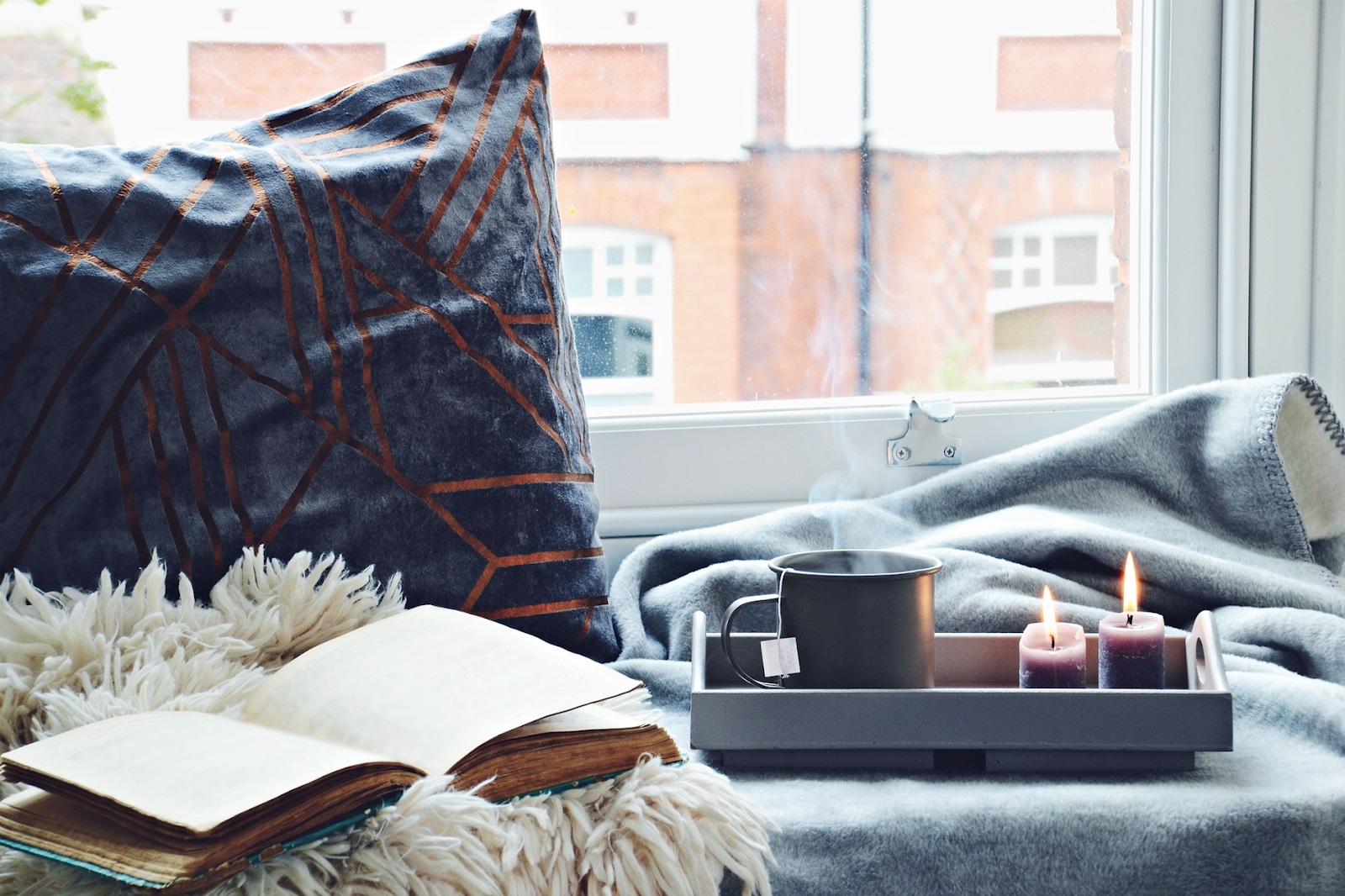 Candles might be great for mood lighting, however they can contain benzenes – a toxic chemical used to create fragrance – which causes respiratory issues, headaches, asthma & cancer. 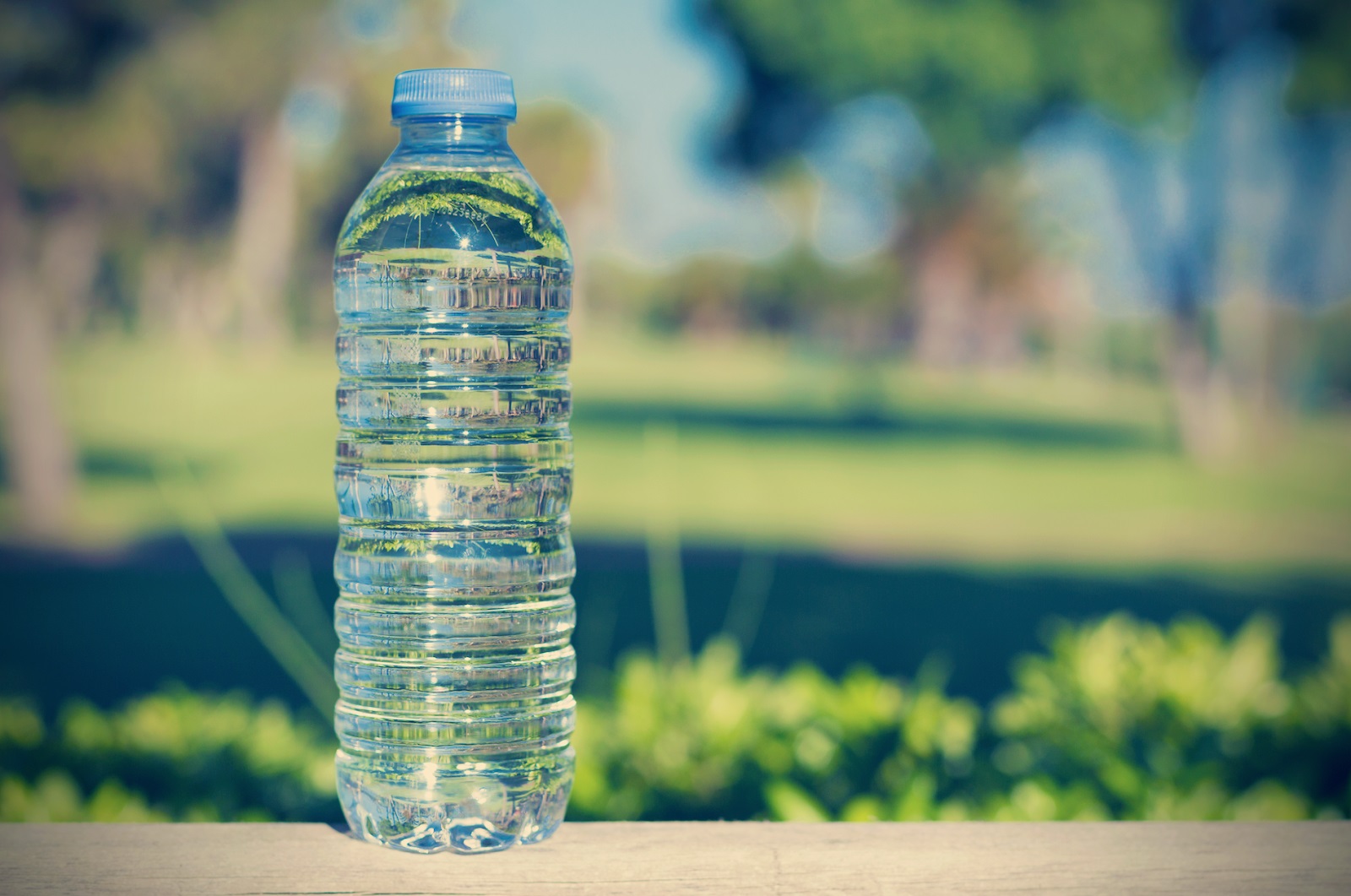 Drinking water is vital to our health, but what we drink water from also matters.

Plastic water bottles are filled with toxins, including Bisphenol A, better known as BPA. This toxin is known to seep into the water through the plastic. Ingestion of BPA is hazardous to your health.

The Regenera Medical team recommends drinking from a glass bottle. Be sure to wash it daily to avoid any bacteria build up. 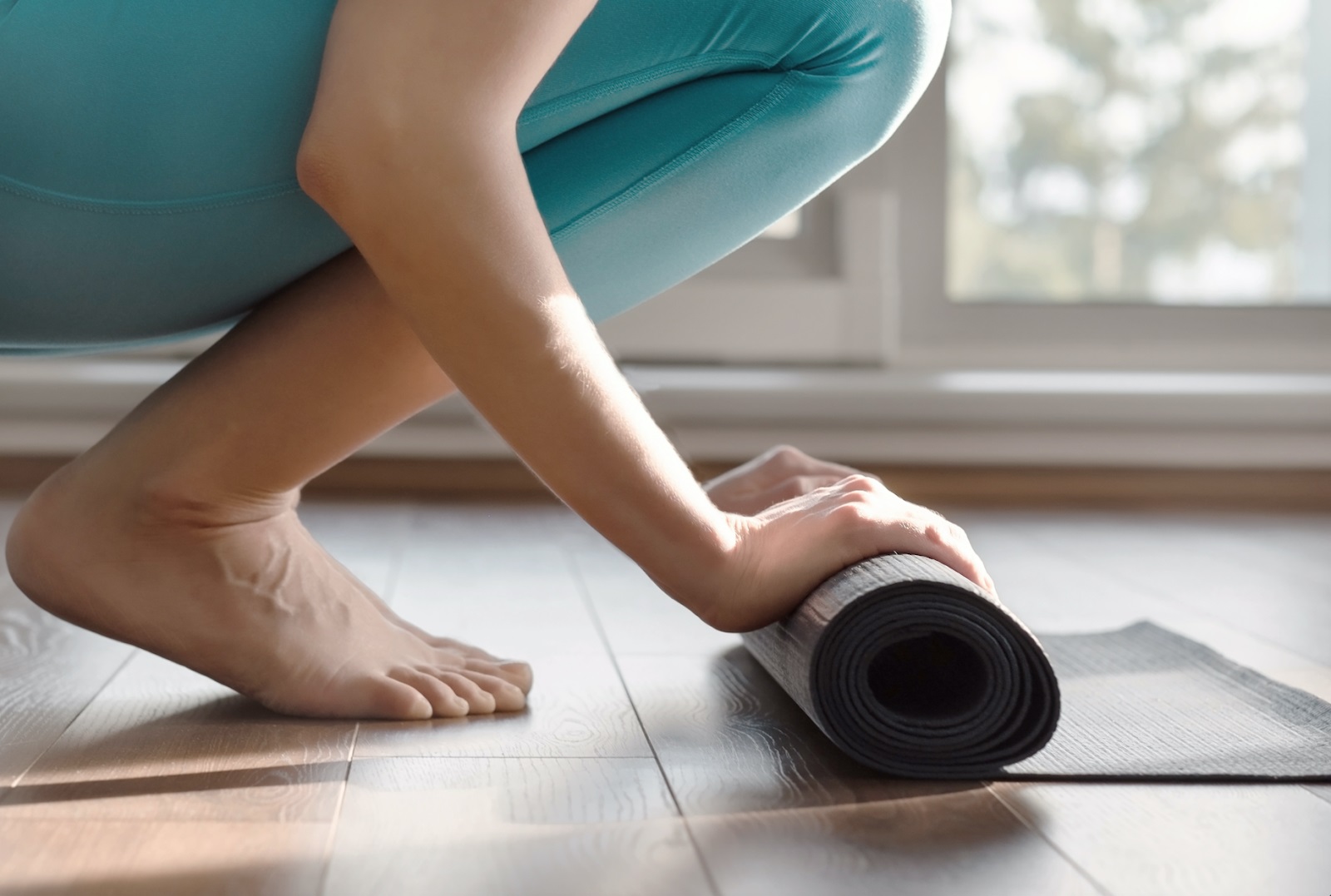 Before you go into downward dog, think twice about the mat you’re doing it on. 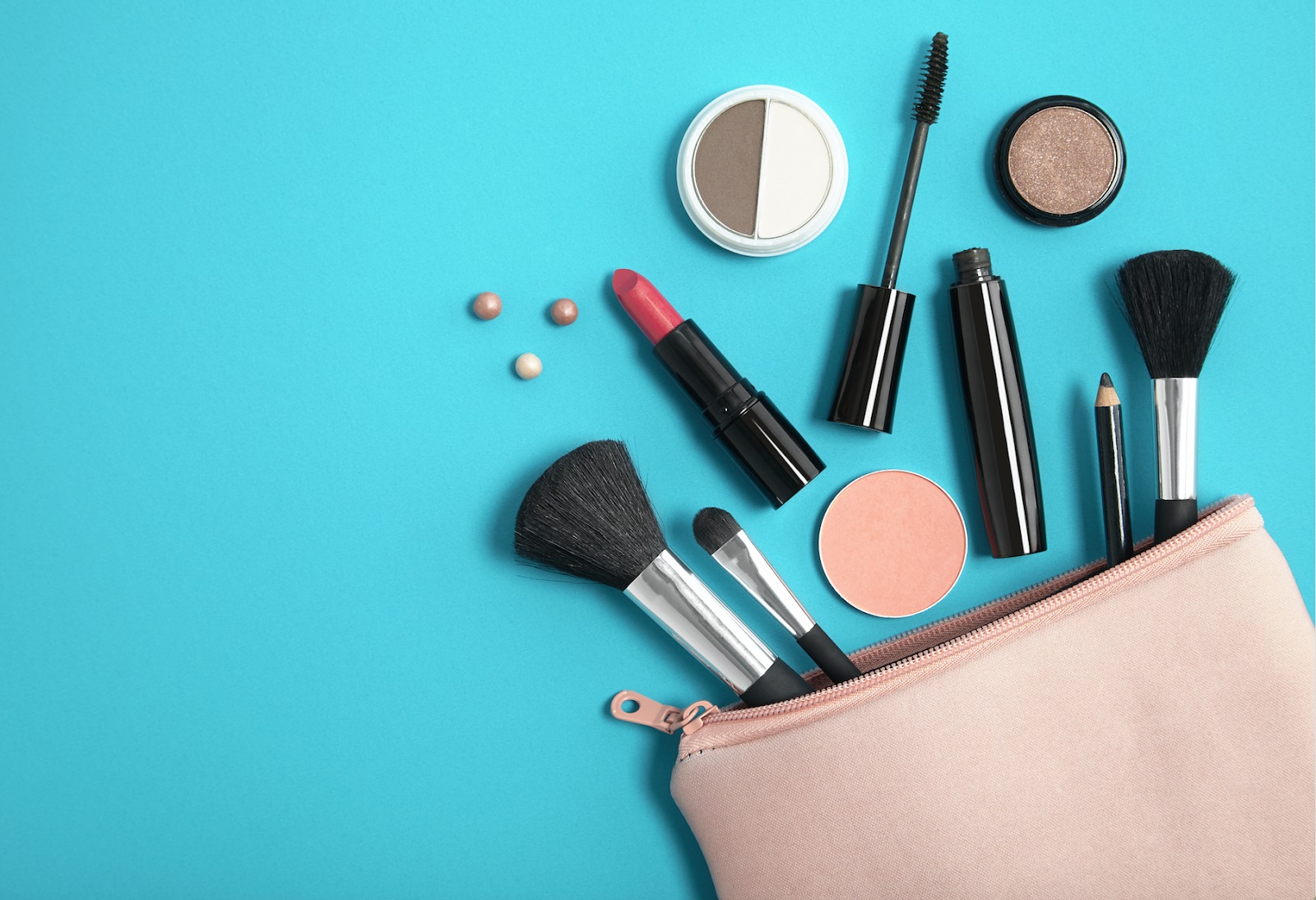 Do you know what’s in your makeup?

Makeup brands are not obligated to conduct safety tests on their products, as stated by the FDA and current laws. Harmful chemicals are masked by deceptive titles, such a “fragrance.” In some cases the chemical might be listed, but the label won’t contain a warning regarding the side effects.

Some common chemicals found in makeup include lead, parabens, and phthalates. These chemicals can cause damage to reproductive and neurological development, as well as cause infertility, cancer, delay puberty, along with many other detrimental health effects. 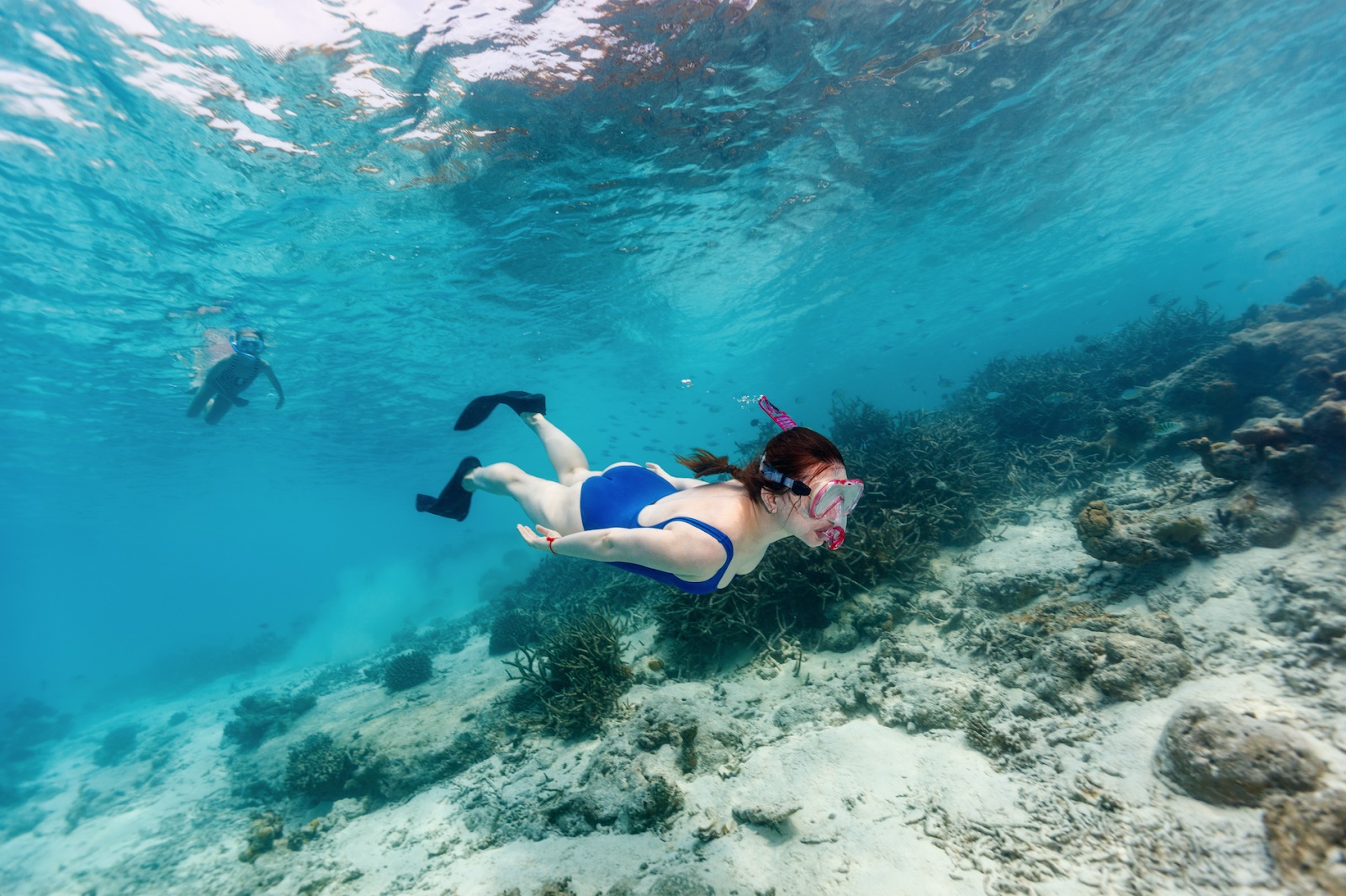 Heading to the beach and cooling off in the salt water feels great! But, the chemicals in your sunscreen could be harming ocean life.

Oxybenzone, a common chemical found in all types of sunscreens is now killing the world’s most popular coral reefs, leaving over 1 million different types of aquatic species homeless. Oxybenzone is added to sunscreen because it absorbs ultraviolet light. But research shows that oxybenzone can be absorbed through your skin and into the body, which can result in a variety of illnesses.

While companies are marketing “coral reef friendly” sunscreen, there is no government body regulating these claims. To protect yourself and the ocean, the team at Regenera Medical recommends using mineral sunscreen – which forms a protective barrier against UVA and UVB sun rays, and does not harm ocean life. 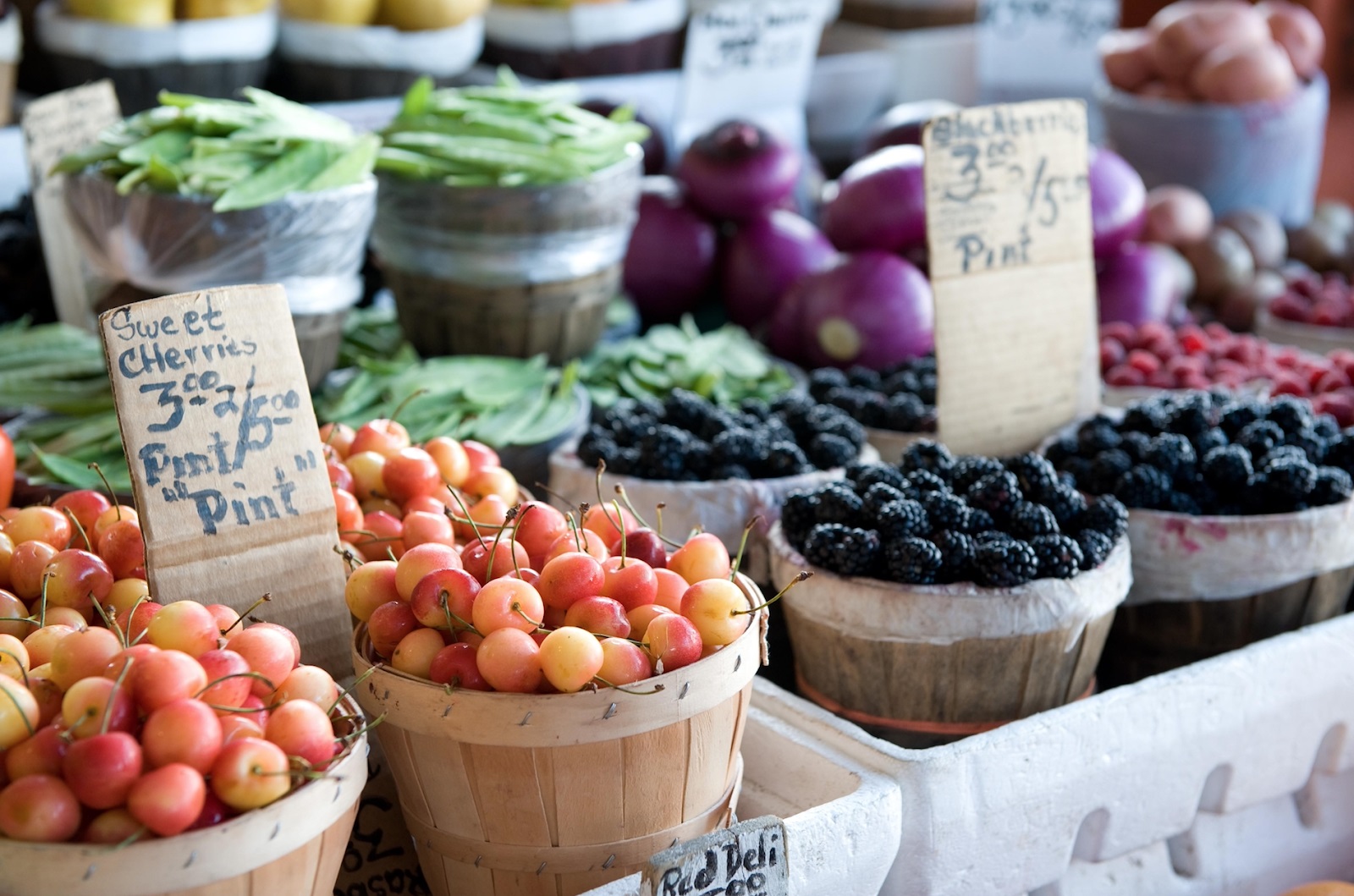 One of the top five things our founder, Dr. Elroy Vojdani,  recommends to all of his patients is to avoid ingesting pesticides by eating organic food as much as possible.

While many grocery stores now offer an organic produce section, purchasing from you local farmers market (such as the Brentwood Farmers Market) gives you a chance to talk to directly to the people who actually grew and harvested the food. Plus it makes a nice Sunday outing.

PREVENT AUTOIMMUNITY WITH THESE 5 TIPS

5 TIPS TO WARD OFF DISEASE

After 23 years of suffering with stomach issues, allergies, and a daily battle with hives, I finally found relief thanks to Dr. Vojdani at Regenera. He is a miracle worker. The day I found him was the day life changed.

I’ve been to Drs all over, from London, to San Diego, from Dermatologist, to Immunologist, and none of them could figure out the cause of my health issues.

He did numerous tests that traditional Drs don’t do, and we found out what the problem was. Highly recommend him. My only regret is that I wish I found him sooner.

Elroy is one of the best functional MD’s I’ve had and I’ve been to plenty.

I was at my worst I’d ever been in my life when I booked a time with Elroy. I went into his big white open space office and even just chatting with him about my symptoms and complaints made me feel better. We did a couple blood tests then they came back fast, we reviewed and then he prescribed. He answered all my emails and every question I had with no judgements and it was finally understood and treated! It was so comfortable – finally. If you’ve ever felt like no one listens, go to Elroy.

Being both an MD, but also a huge believer in natural solutions – there’s no one better to go for a complete solution that won’t bandaid anything! Just make sure to listen to him. He really does only necessary blood tests and then uses whatever he has in his ‘toolbox’ as he calls it to make you better. Promise.

So easy to book a time too – just go to his site or email them. He’ll shoot you what you need and boom you’re in and on your way to better.

“Dr. Vojdani has simply changed my life.He’s a rare breed of doctors that actually gives you the time and day to listen to come up with a paln that works for you.I’ve never felt better than i do now and i give 100% thanks to Dr.Vojdani.I’m truely grateful to have met him ”

Dr. Elroy has simply changed my life. He’s a rare breed of doctors that actually gives you the time and day to listen to come up with a plan that works for you. I’ve never felt better than I do now and I give 100% thanks to Elroy. He is on a path to change the way we look at healthcare, where we can actually trust our doctors and get significant results to optimize our. Bottom line is that he is world changer and I’m truely grateful to have met him.

Dr. Vojdani is an incredible practitioner! The time and attention he provides is like no other. What’s even more refreshing is that he helps resolve problems at their root, without simply masking symptoms with medications. I suffered from a debilitating skin condition for more than a year and half because no practitioner listened to my symptoms and saw the interconnections, but Dr. Vojdani did. I am so grateful for his wealth of knowledge and his ability to simply articulate the complexities of our bodies. It is an investment that will continue to provide dividends for my present and future wellness.